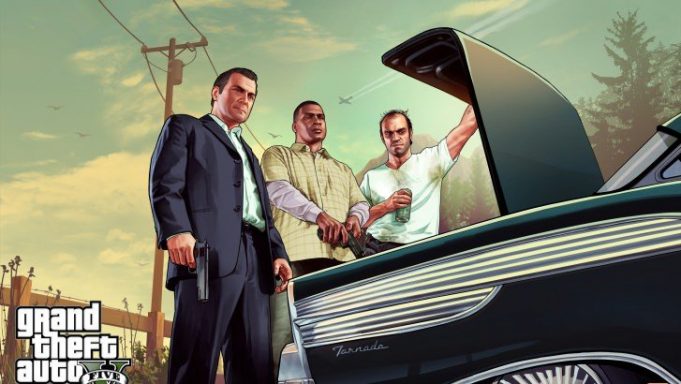 GTA 5, despite being released over seven years ago, still remains popular to this day. Rock star does have one thing to thank for this: GTA Online, which has developed into a massive community that will likely remain popular for a very long time (no release date is official yet). Even so, single-player campaigns continue to attract players. The tri-character plot line is an innovative mechanic that distinguishes GTA 5 from previous releases. A middle-aged gangster, Michael, is experiencing midlife crisis, Franklin is an associated street gangster who wants to get ahead in life, and Trevor, you have to play the game to find out who he is.

With GTA 5, the majority of characters can be switched between, including in missions in certain instances. The following is an overview of character switching in GTA 5. They are both immersive and interesting at the same time. It might be interesting to switch to Trevor at the moment he is pushing a body down a toilet. The man may throw a man into the water from the boardwalk or chase a woman who has apologized for indecent exposure. Trevor is not the only character who is switched up, though.

Switching is not always possible in every mission. You may only be able to switch between two characters in some missions. It is possible that you won’t be able to free roam at certain points in the game. The story-line will decide when you will be able to free roam. There are mission types that prevent you from switching or limit the number of characters you can switch. The game will prevent you from selecting another character at times, even while you roam. The story-line will determine when this happens. Next, let’s see how GTA 5 actually switches between characters between platforms.

Rock star traditionally releases their games for computers quite a few months after their console releases, but PC players ended up getting the same game as console players. In addition to character switching, PCs also featured character swapping. Learn how to swap between your GTA 5 characters on a computer below.

GTA 5 characters can be switched on or off with just a click. We’ve explained the same principle for consoles, including the PS4 that we’ve described for the PC version. We use different keys on consoles.

GTA 5 on the PS3: How to Switch Characters?

GTA 5 still came out while the PS3 was still the king of consoles (in spite of the fact that PS5 has been out for months now). Several months after GTA 5 was released, the PS4 arrived. The PS3 is definitely compatible with GTA 5. Below is how to change your character when using the PS3.

No matter what console you play the game on, the key sequence and principle are the same. You can choose between the two consoles to switch characters in GTA 5.

GTA 5 Online: How to Change Characters?

GTA Online has the ability to provide players with two different characters that they can use at their convenience. They are naturally able to switch between these characters. The game’s online mode, however, does not feature the same ease of character switch as its single-player counterpart. The following guide explains how to change your two characters in GTA 5 Online.

Read More: All you need to know about Miraculous Ladybug season 6

A small character menu appears in the lower-right corner of the screen when you hold the Alt key (PC) or the Down Button (consoles). On the left, you’ll see Michael (blue) and Franklin (green), and on the right, Trevor (orange). Changing these slots may be something you’d like, but GTA 5 doesn’t support it. Those three slots are always reserved for those three characters.

Also, on the GTA 5 Online character selection screens, the characters cannot be switched between their positions.

GTA 5 has several modes you can switch between:

Different GTA 5 targeting modes are suitable for different types of players. Players can select from a variety of targeting options in GTA 5. However, some players have complained that, in online mode, the Targeting Mode option appears grayed out.

The settings from the single-player mode of GTA 5 transfer to that of GTA Online, although they are generally regarded as separate games. You can do this by choosing one of the single-player characters (Michael, Franklin, or Trever), going to the menu, clicking Settings, and selecting the Targeting Mode of your choice. As well as the single player mode, there will be a multiplayer mode.

GTA 5 is playable in three- or first-person depending on the platform from which you’re playing it online. On PS4, you can switch to first-person using the touch-pad. A similar gesture is performed by tapping the ”Select” button on the Xbox One. Specifically, the ”V” key will toggle between the first-person and third-person views on the PC.

However, some players may find driving in first-person difficult, despite preferring it to third-person. You can choose to play the game in the first or third person, depending on your preference. Select ”Display” from the ”Settings” menu, and then turn on the feature ”Allow Independent Camera Modes”. Further, as you approach the cover on foot, you can switch between the first and third person from the Controls menu. You can also improve your game-play efficiency this way.

How can your GTA character be modified?

A Career in Graphic Design

Ghiselle Rousso - January 18, 2023 0
Introduction:CSGO Trading is a great way to make money in the gaming world. It's easy to set up, and you can make a lot...
Go to mobile version